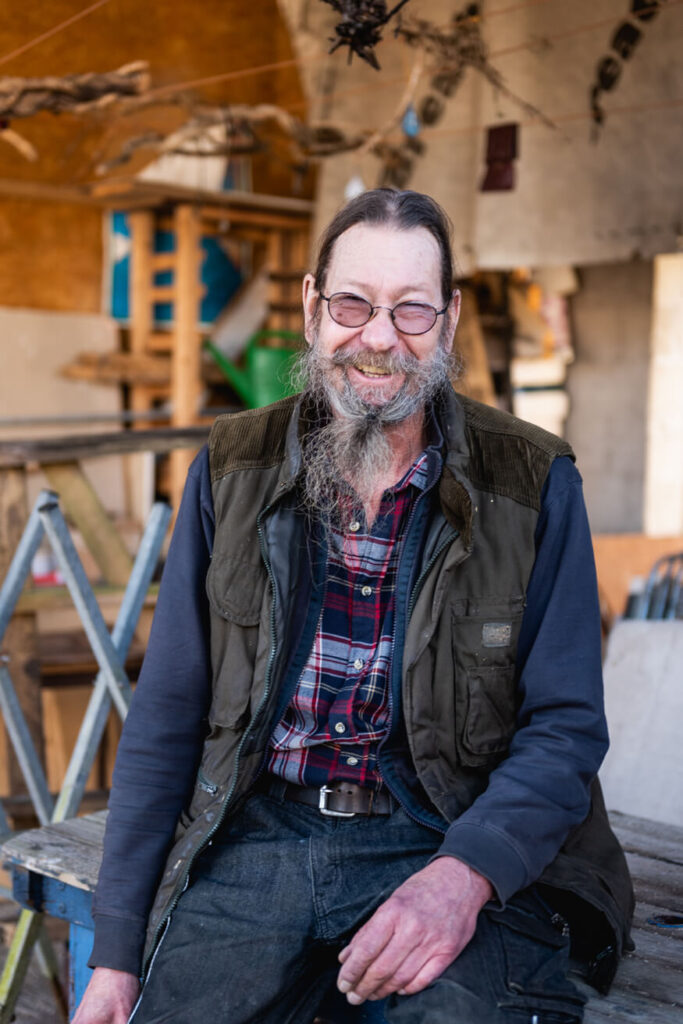 Beeswax Candles and Rainbow Candles was founded in Ireland almost 40 years ago by Pete Kern in an old farmhouse just outside the picturesque village of Dromahair in Co. Leitrim.  Originally from Germany, Pete is a real character – soft spoken, bearded, bespectacled with well-groomed long hair tied at the back and with many a story to tell.

It all began on an old kitchen-table as a part-time job as there were not any coloured candles available in and around Sligo.

After supplying a few shops in a radius of about 20 miles the demand for coloured and scented candles grew and Pete turned his living room into a workshop with the help of a small grant from Leitrim County Development Team.

Pete first showcased his candles at the 1989 ShowCase Exhibition in Dublin which led to an immediate increase in sales nationwide.  The introduction of a sales brochure at ShowCase 1990 opened up international markets. By then the range of candles included pure beeswax, scented candles in Irish made pottery, pillar, dinner and rainbow-coloured candles, candles in glass such as the Irish Coffee and Guinness.

Every year the clientele of independent retailers and craft shops grew and so it became a full-time business to supply the ever-growing demand and Pete hired additional staff to maintain a short delivery time.

In August 1994 the company was granted permission to use the Guaranteed Irish Logo and the following year Rainbow Candles was admitted as a member of the Irish Guild of Master Craftsmen.

In 1996 Beeswax Candles reached its production capacity as work and storage space in the original living room workshop became too small.  A new purpose designed workshop was built to accommodate the growing business.

Pete was been pleasantly surprised to learn that an Irish saint from Celtic church times is the Patron Saint of Bees.  Saint Gobnait lived in sixth century Ireland.  An angel told Gobnait to search for the place she belonged by looking for nine white deer.  She travelled all around until she saw nine deer grazing on a hill in Ballvourny, County Cork.  She built a monastery, established a religious order, and kept honey bees, a sacred insect in Irish folklore.  She used honey from her beloved bees to comfort and heal the sick and wounded. People invoke Gobnait for healings of all sorts and the trees near her wells are covered with rosaries and other religious trinkets and gifts to thank the Patron Saint of Bees for granting special requests.  Her feast day is February 11, when pilgrims descend on Ballyvourney.

Pete prefers to make candles from beeswax because it is a more natural product. Unscented, these candles produce a pleasant, natural smell. Beeswax is a renewable resource and no chemicals are used in the production.

Today, Beeswax Candles continues as small craft artisan business, with a core team of 3 candle makers who continue to make beeswax candles using traditional methods.  While still mainly supplying trade retail outlets, Pete and his team have developed a range of beeswax candles gift sets which are now available to the public to buy online on the website. 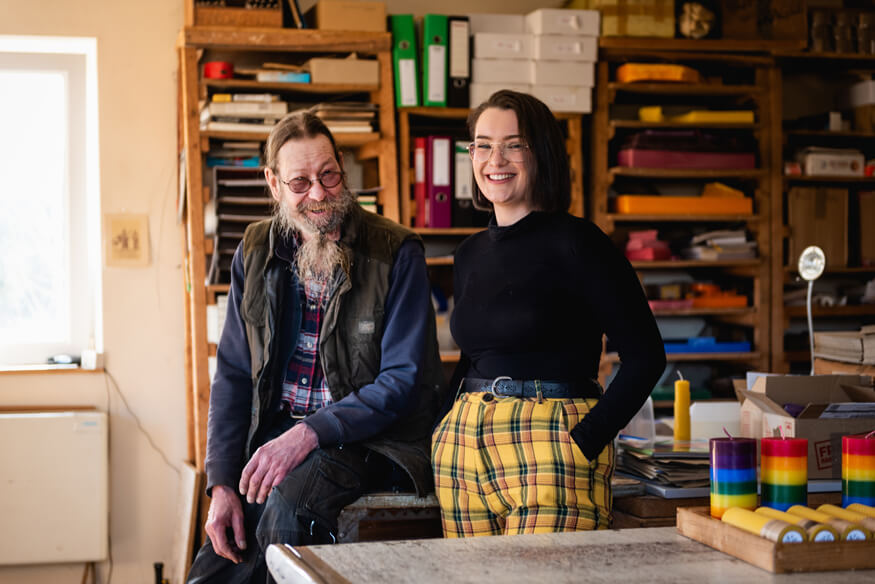 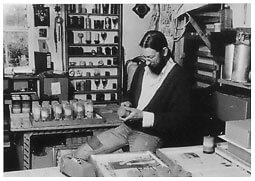 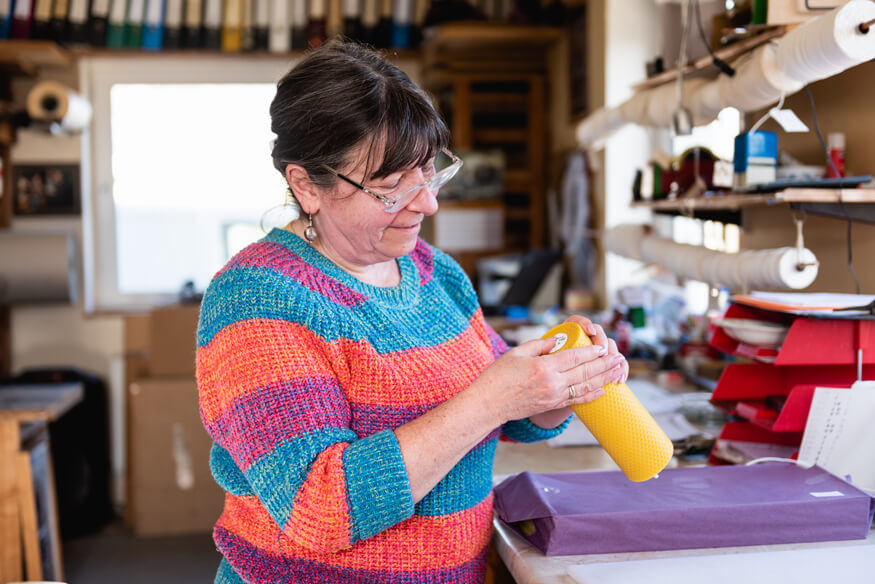 Lily and Pete at Rainbow Candles have been an absolute pleasure to work with. Their service to us, as a retail store, has always been reliable and the working relationship is built on trust and clear communication. Not only are they a pleasure to work with but their products are also a joy to behold. Rainbow Beeswax Candles burn with a beautiful, warming glow and are a customer favourite for gifting (both to themselves and to others). These candles help to create the perfect ambience for peaceful moments whether it be meditation, reading or while dining - it's a great addition to any moment!
The Hopsack
I can not say enough about your wonderful Beeswax candles. They are made with craftsmanship & skill. Our customers love them for themselves or so give as gifts. The service you provide is outstanding and Pete is always a pleasure to deal with. We look forward to our continued business relationship!
Forest Avenue Restaurant & Greengrocers
Previous
Next

By clicking the “Join the Club” button I agree to join the Beeswax Candles Club and I confirm that I have read and accepted the General Terms and Conditions. I understand that my data will be processed according to the Beeswax Candles Privacy Policy. 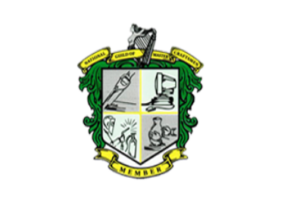